The Minister for Research and Universities, Gemma Geis, visited Sabadell today to officially announce that the Parc Taulí teaching unit will host 75 of the 150 new annual public places in the nursing degree that, from next year, will be offered by the Autonomous University of Barcelona (UAB). As with the medical degree, students take the first two years at the UAB facilities in Bellaterra, and it is from the third year onwards that they move to Parc Taulí.

The event, which took place today in the Parc Taulí Auditorium, was also attended by the Mayor of Sabadell, Marta Farrés, the Rector of the UAB, Javier Lafuente, and the President of the Parc Taulí, Mariona Creus. and the coordinator of the Degree in Nursing at the UAB, Sabiniana San Rafael.

The official announcement of these 75 new public places of degree in Nursing in Sabadell is great news for the Parc Taulí in two ways: on the one hand, because it grows the current teaching unit, which for 14 years has hosted the degree in medicine with excellent results. On the other hand, it is also hoped that nursing graduates in this teaching unit will want and be able to work as professionals in the future in Parc Taulí, where the shortage of professionals is as obvious as in the rest of Catalonia and the rest of Catalonia. 'State.

In this sense, in today's event Mariona Creus recalled that Sabadell already enjoyed many years ago a very prestigious School of Nursing, the Epione School, which was active between 1966 and 1979 in the facilities of the old Children's Clinic of the Child Jesus, and in which 519 students graduated, most of whom later formed part of the staff of the Parc Taulí.

According to the forecasts of Sabadell City Council, the degree in nursing could be transferred to Artètil in the 2026/2027 academic year, after a first phase of rehabilitation of the building to house the Teaching Unit. This would be one of the first projects of the Urban Campus of Life and Health Sciences that are being promoted by the City Council, the UAB, the Parc Taulí and the FUNDIT-ESDi Foundation. 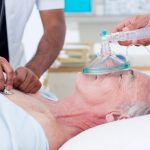