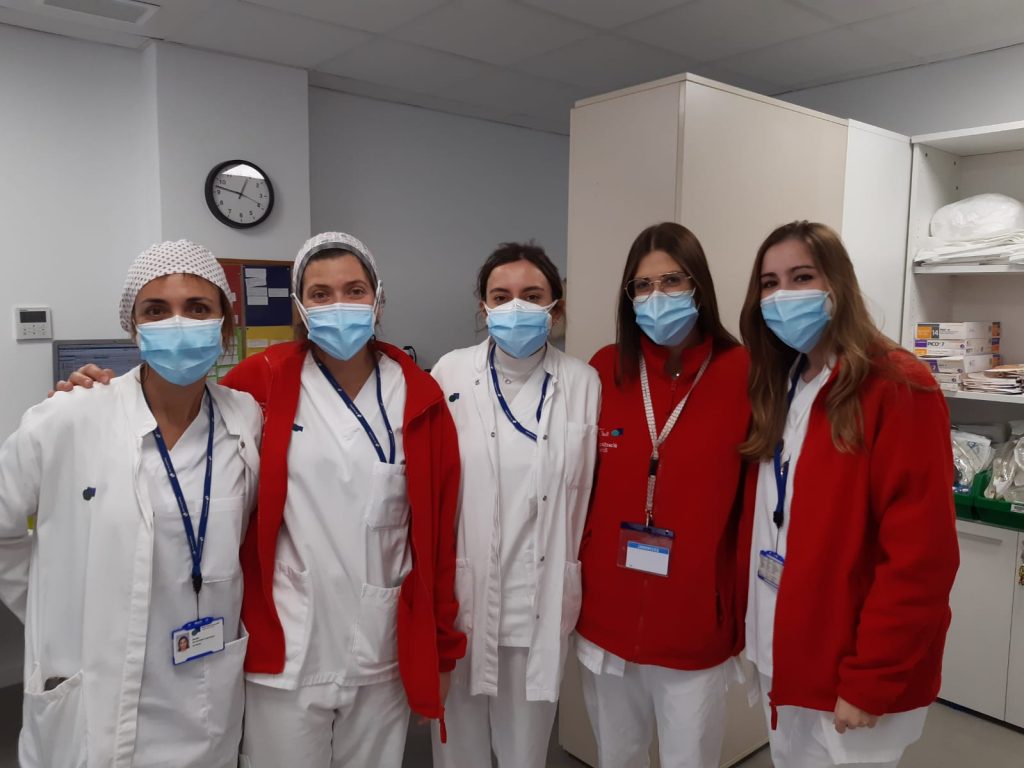 Nursing students are back

It could be said that the History of Nursing, in our country, is full of challenges.

The incorporation of this profession into the university meant a radical change in the training of its professionals: by creating new, more inclusive curricula (nursing men and women would study and practice together, until then they did so separately), they were created new subjects such as public and community health or psychiatric nursing. The autonomous role of nurse was created.

The caps disappeared. There were no nursing books and they had to be adapted and synthesized from other national and international sources. They received a visit from Virginia Henderson in Barcelona (12/05/1988). 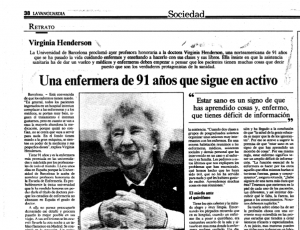 We have been professionals with university degrees for 43 years and our professional trajectories are full of struggles to achieve the recognition that our profession, often a vocation, deserves.

For José Ángel Rodríguez (General Council of Nursing), in 1977 we were allowed to receive university classes, but we were not really university students because we had limited capacity to access the maximum degree of bachelor and doctor. Throughout that period, which lasts more than 30 years, the university and the Spanish state do pettiness with nursing: not allowing us a fundamental thing of the university that is to investigate, and not allowing us to research does not allow us to develop as a profession.

Thanks to the Bologna Plan, the nursing degree ceases to be a three-year Diploma and becomes a four-year Degree with 240 university credits. This meant equating university nursing studies with other historical degrees such as Law, History, Biology, etc.

The Degree in Nursing was not only a subject of justice for the profession, which already then had many more hours of training than other degrees, it also involved academic development. With the possession of the Degree it was possible to study the master's degree and the doctorate like any other professional. This opens the door to research.

José Miguel Morales, Professor of Nursing at the Faculty of Health Sciences of Malaga values ​​"the courage and tenacity that Spanish nurses have shown when researching in these more than four decades: enduring more than thirty years without access to doctorate, conducting research in clinical practice in notable conditions of inferiority, conducting studies without the support of stable research infrastructures. Despite this, almost a hundred organized research groups have placed Spanish nursing in seventh place in world bibliographic production. If we did that in 10 years, if they had let us do it in the 43 years that nursing has been a university, we would be talking about a different model of care, a society richer in health and health. "

Sabadell Hospital has an agreement with the Autonomous University of Barcelona to be a University Hospital for future doctors and nurses.

In the Home Hospitalization Unit we receive MIR students in Internal Medicine and Family Medicine and final year nursing students.

Last year’s promotions supported us during the first phase of the SARS-CoV-2 Coronavirus pandemic.

This year, as every year, in October, nursing students who come to do their internships among professionals have joined our services. They do so with the hope of learning as much as possible because in less than nine months they will be Graduates in Nursing. This year the illusion is compounded by the fear of contracting Coronavirus SARS-CoV-2.

Many of the professionals who have been working as health personnel since the 90s understand this fear. We were admitted to the hospital in the early days of AIDS. They did not have enough information about the disease. It mainly affected young gene, like us. They saw friends and acquaintances die. The diagnosis was a short-term death sentence. Deaths were counted by days and each different.

Fear made us quickly learn the protocols and measures to prevent infection. 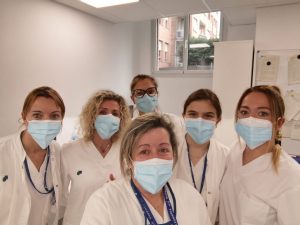 Well this is what these future professionals have done. In a few days they have clearly taken all measures to prevent the spread of SARS-CoV-2 Coronavirus.

Paola, Clara, Elia, Marta and Jesica have become one more companion of our unit. They are receiving training that they would not have even imagined when enrolling in college. 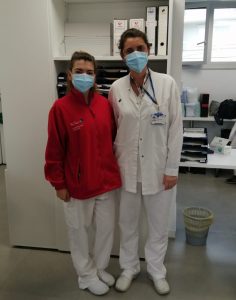 Nurses are used to dealing with microbes of all kinds: klebsiella, staphylococcus aureus, morganella, ..

For years we have seen microbes ally to infect wounds or people with chronic diseases.

We see how bacteria of different types create structured communities that surround themselves with polymers to adhere to a living being by creating the well-known bacterial biofilm that is so hard for us to get out of wounds.

Nurses are trained and prepared to treat contagious diseases such as Coronavirus SARS-CoV-2.

Now it remains to be seen if society is.

All entries by: Eva A. Sánchez Martos
Home Hospitalization is growing